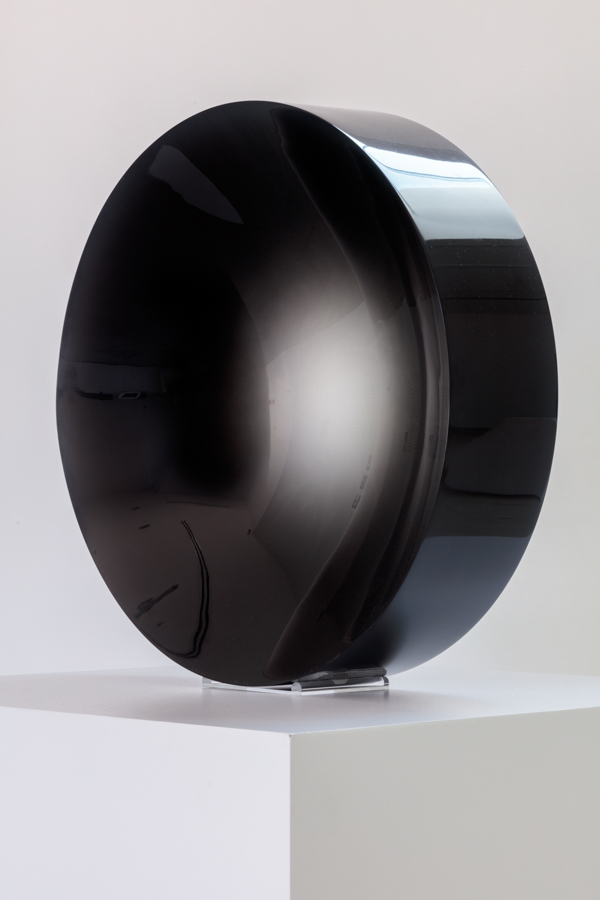 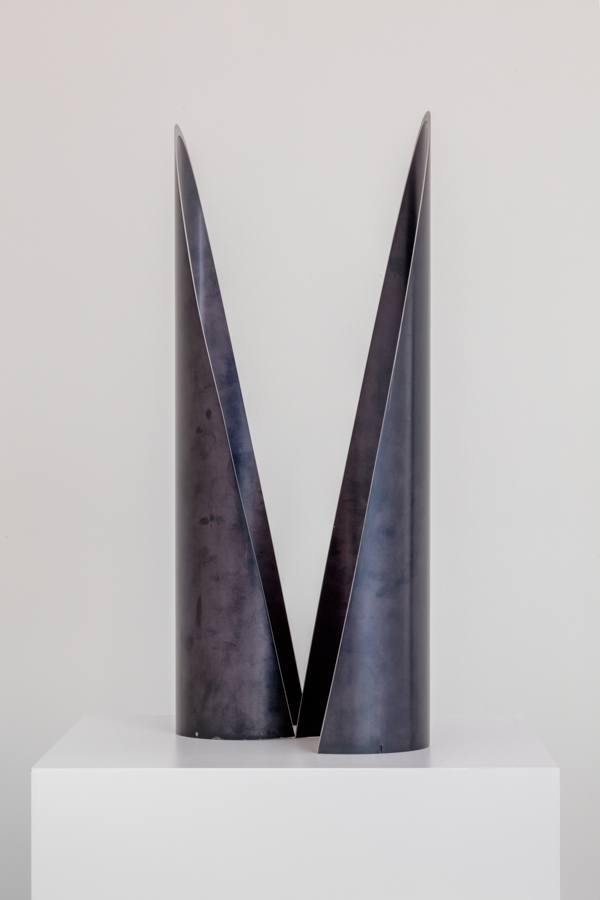 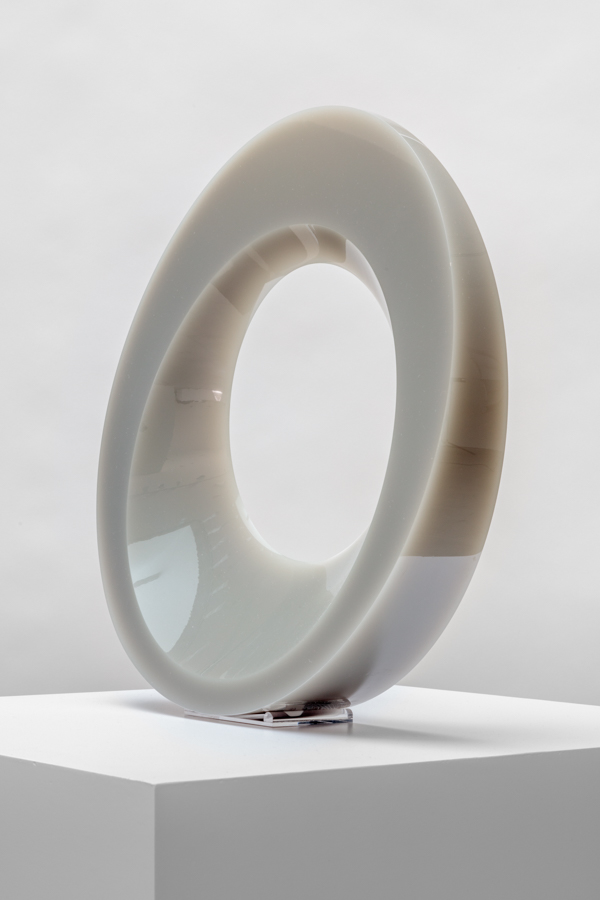 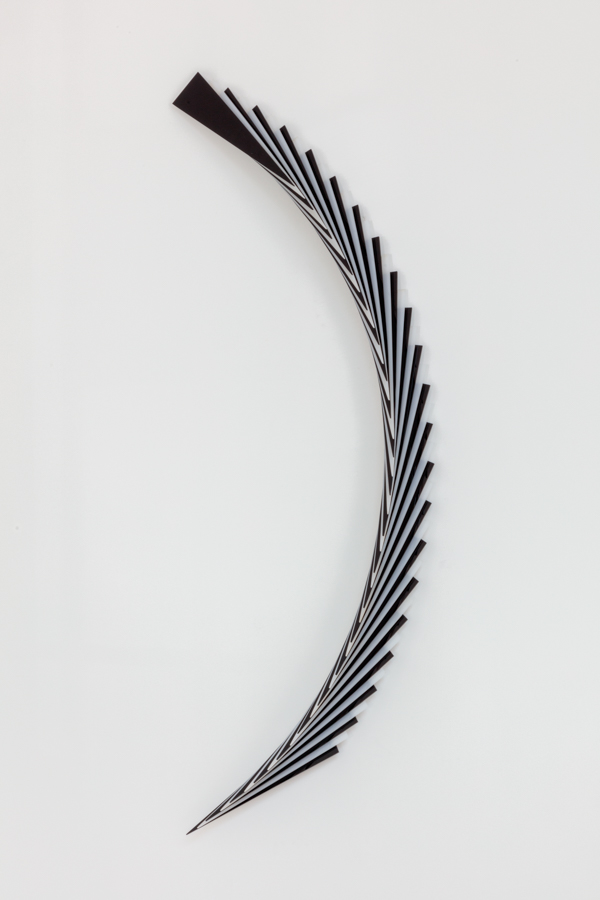 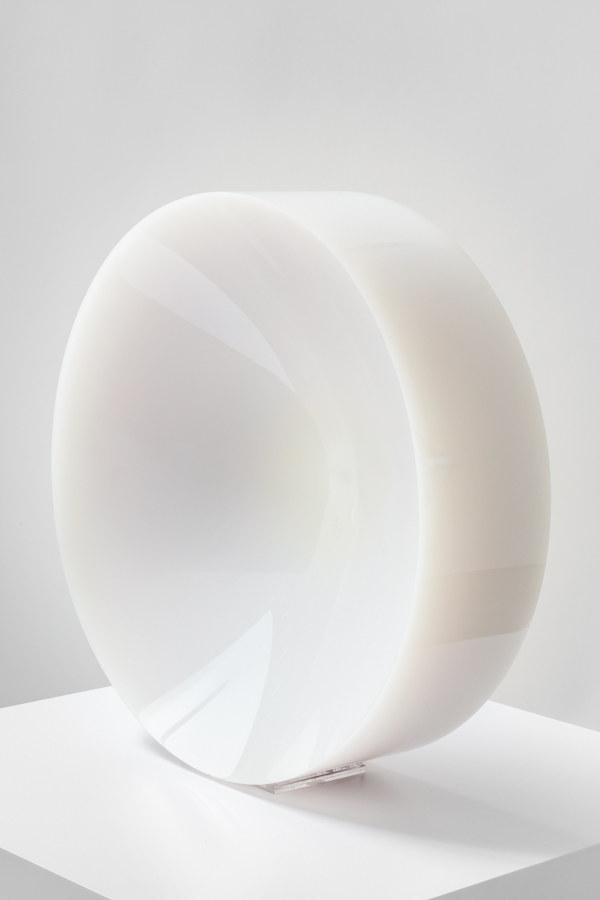 Over more than four decades, Fred Eversley has produced a singular body of work that considers materials, light, and the optical qualities of shapes and colors as part of a broad investigation of individual perceptual experience. A Brooklyn native and engineer by training, Eversley moved to Los Angeles in 1963 to work in the aerospace industry; four years later, inspired by the burgeoning bohemian culture of Venice Beach, he decided to shift careers and become a sculptor. In his groundbreaking experiments with plastic in the late 1960s, he demonstrated how this modern, industrial material could be tinted with vibrant hues and cast into parabolic shapes using centrifugal force, creating transparent, multi-colored sculptures that serve as lenses through which to see.

In 1972 Eversley began to explore the qualities and beauty of the color black, embarking on a new series of opaque and translucent black sculptures that reflect the environment around them. Compelled by the power of these works, Eversley expanded his investigation of this achromatic palette, experimenting with white and gray tinting. This exhibition examines this series of black, white, and gray sculptures. The works have cosmological associations—“stars expanding their energy and becoming black holes, white dwarfs, and neutron stars,” Eversley explained at the time—but also prompt us to consider the symbolic values of color itself, even as identity-driven associations. With their complex optical properties and intimate, human scale, the works both challenge our perception of and create new perspectives on the world.

This exhibition is a collaboration between Art + Practice and the Rose Art Museum at Brandeis University. It is made possible through the generosity of Pamela J. Joyner and Alfred J. Giuffrida. 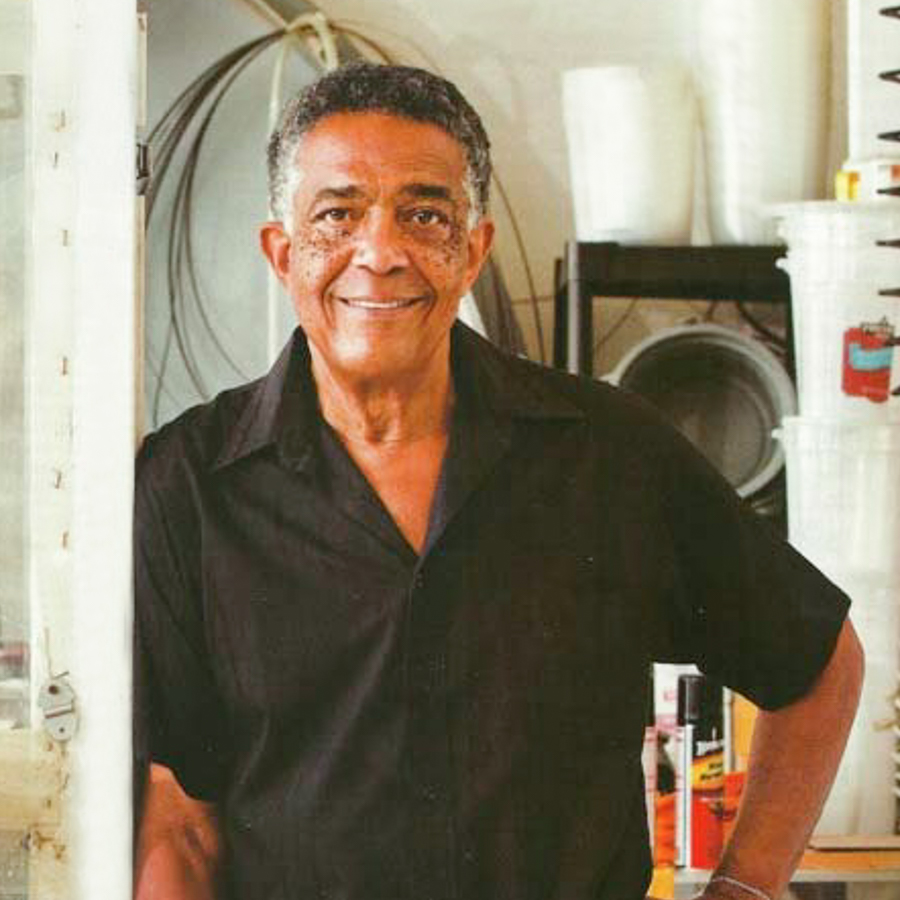 Fred Eversley in his Venice studio, 2011. Photo courtesy of the artist and Venice Magazine.

Fred Eversley (b. 1941, Brooklyn) received his B.S. in Electrical Engineering from the Carnegie Institute of Technology (now, Carnegie Mellon University) in 1963. From that year through 1966, he worked at Wyle Laboratories in El Segundo, CA, where he supervised, among other major projects, the design and construction of test laboratories at NASA facilities. He began his artistic career in 1967.

The first solo exhibition of Eversley’s work was held at the Whitney Museum of American Art in 1970. His work has been featured in subsequent one-man museum shows at the Santa Barbara Museum of Art (1976), the Oakland Museum of California (1977), the Palm Springs Museum of Art (1978), and the National Academy of Science (1981), and in over two hundred solo and group exhibitions internationally, in venues such as the Museum of Contemporary Art, Chicago; the Jewish Museum, New York; the Indianapolis Museum of Art; the Los Angeles County Museum of Art; the Museum of Contemporary Art, Los Angeles, and the Museo Nacional Centro del Arte Reina Sofia, Madrid. He was appointed the first Artist-in-Residence at the Smithsonian Institution’s National Air and Space Museum, Washington, D.C. (1977–80). His work is in the permanent collections of some thirty museums, and he has executed over fifteen large-scale public art commissions. He has been selected to create the Entrance Plaza sculpture for the new District Square Center, at Crenshaw Boulevard and Rodeo Road, Los Angeles.

In March 2018, Eversley’s work will be the subject of a major survey exhibition Fred Eversley: Seeing Through Sculpture, at the Huntington Library, Art Collections, and Botanical Gardens. He lives and works in Venice, California, and New York, New York.

Fred Eversley in his Venice studio, 2011. Photo courtesy of the artist and Venice Magazine. 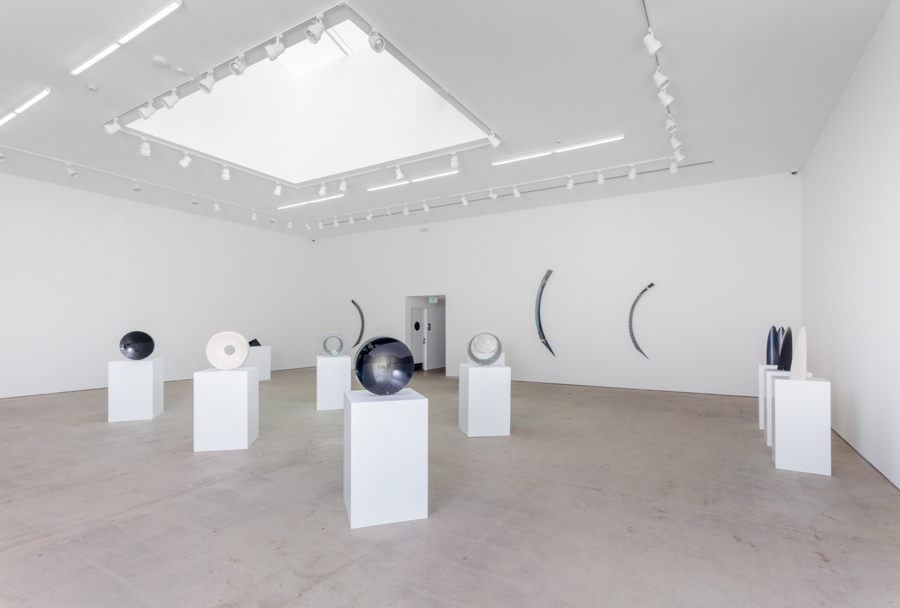 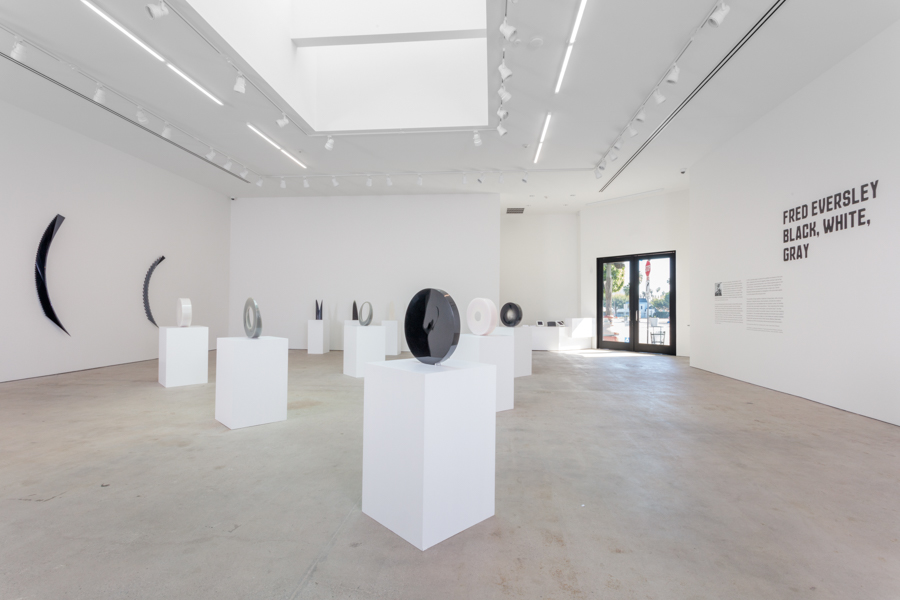 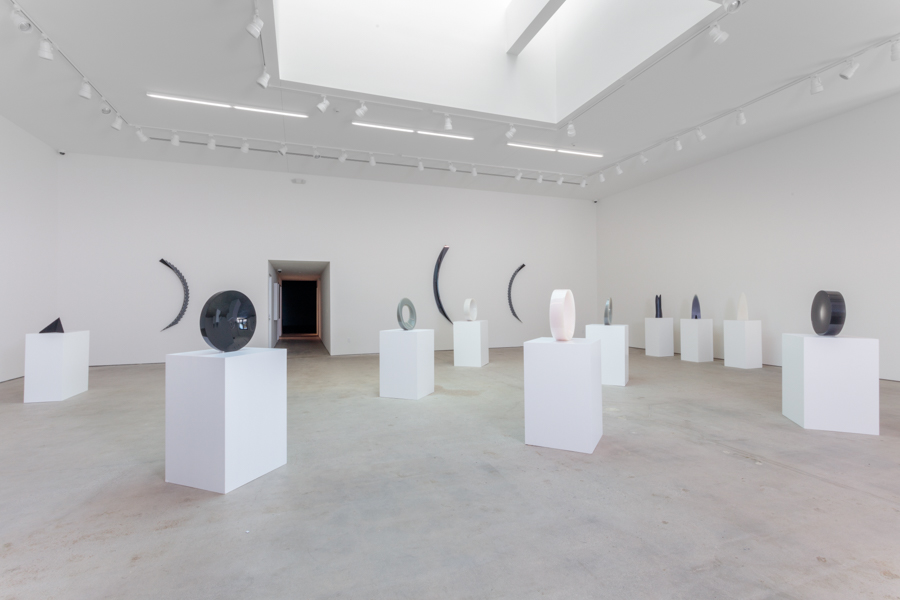 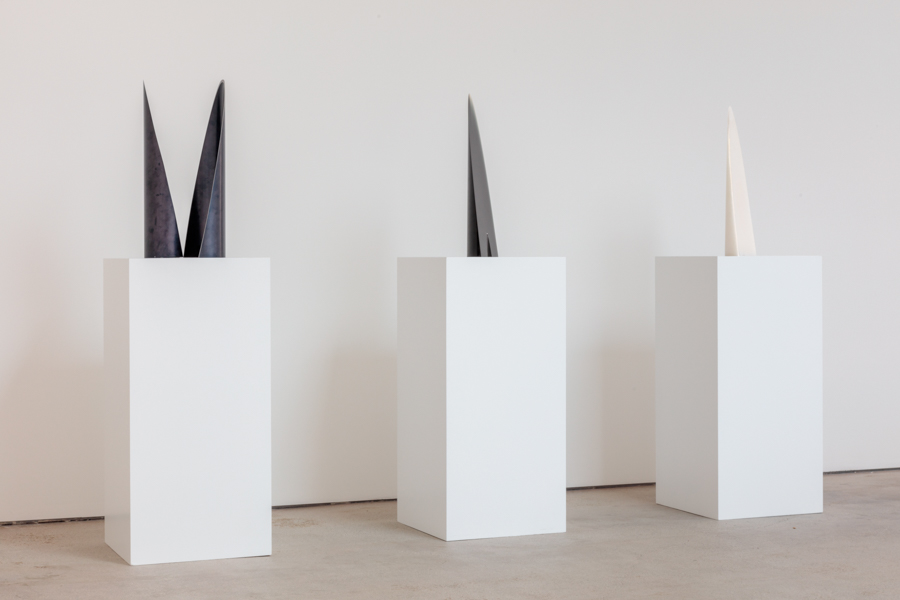