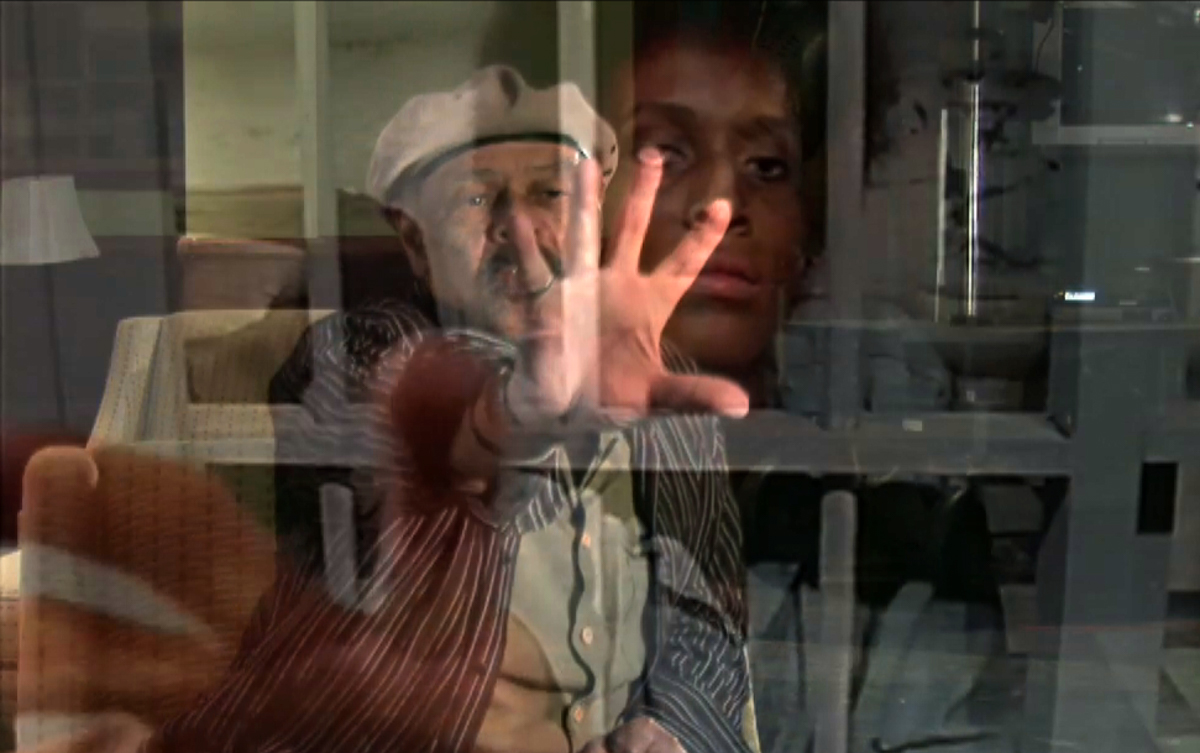 Still from Spirits of Rebellion: Black Cinema at UCLA (2016) by Zeinabu irene Davis. Courtesy of the artist. 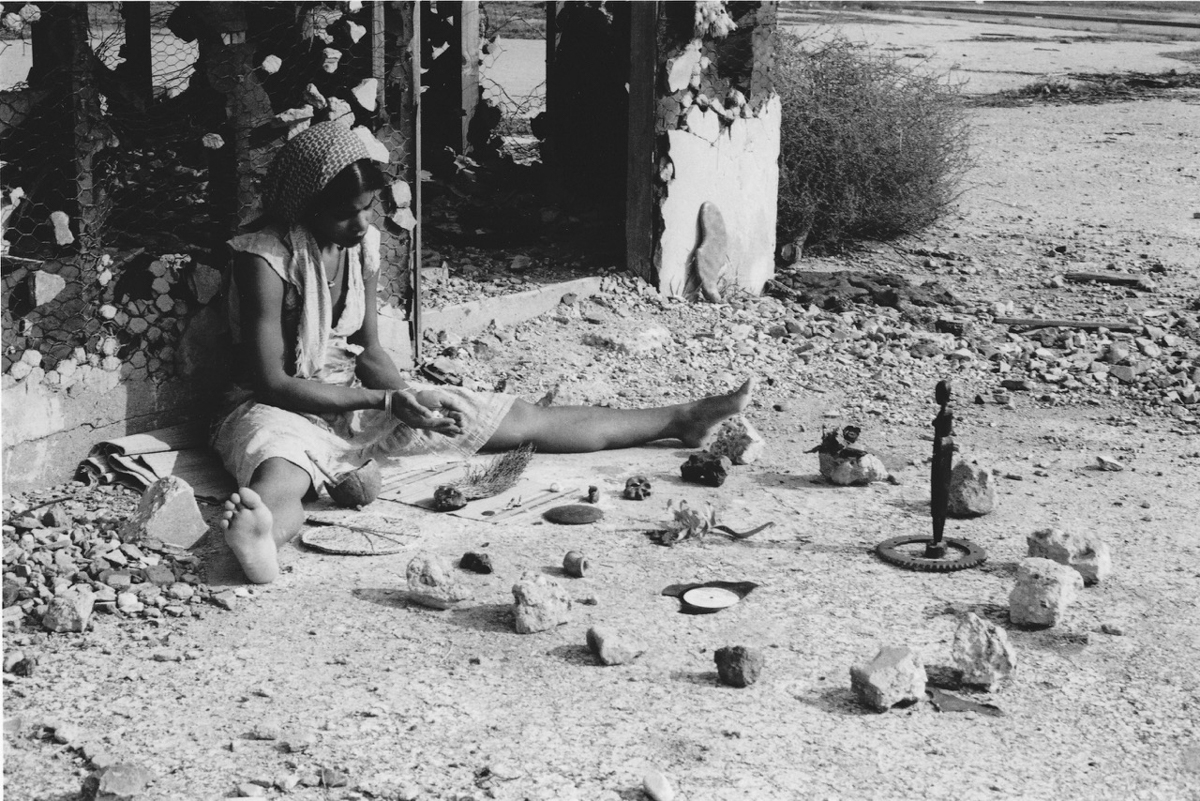 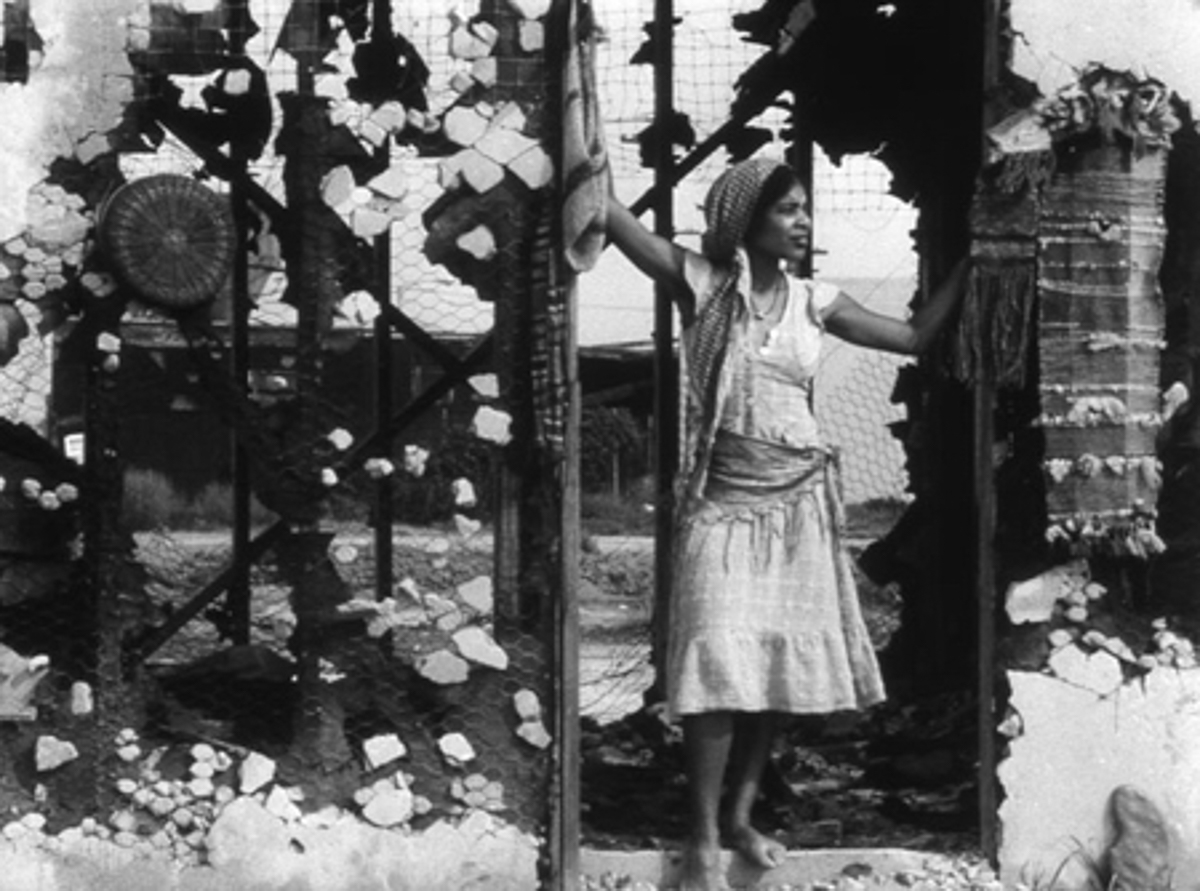 Zeinabu irene Davis and Barbara McCullough share the multi-dimensions of experiences of women filmmakers identified as part of the LA Rebellion. They worked in experimental, narrative and documentary genres and subverted those genres to tell stories of African American life. Strong themes of female identity are present in their individual works underscoring a distinct relationship to the Black female experience. As storytellers, both additionally documented the contribution of those who were unknown – fellow artists and media makers whose contributions to the cultural fabric of Los Angeles and African American culture were under recognized except for the works done by McCullough and Davis. Their conversation will reflect their evolution from film school-the LA Rebellion, academia and the professional world. This conversation will be moderated by Desha Dauchan.

This program is organized on the occasion of Time is Running Out of Time: Experimental Film and Video from the L.A. Rebellion and Today, which is on view at Art + Practice through September 14, 2019, and is presented in conjunction with Soul of a Nation: Art in the Age of Black Power 1963-1983, on view at The Broad through September 1, 2019.

Time is Running Out of Time is presented by Art + Practice in collaboration with The Broad, and is curated by The Broad’s Jheanelle Brown, Programs Manager, and Sarah Loyer, Associate Curator and Exhibitions Manager.

Still from Spirits of Rebellion: Black Cinema at UCLA (2016) by Zeinabu irene Davis. Courtesy of the artist. 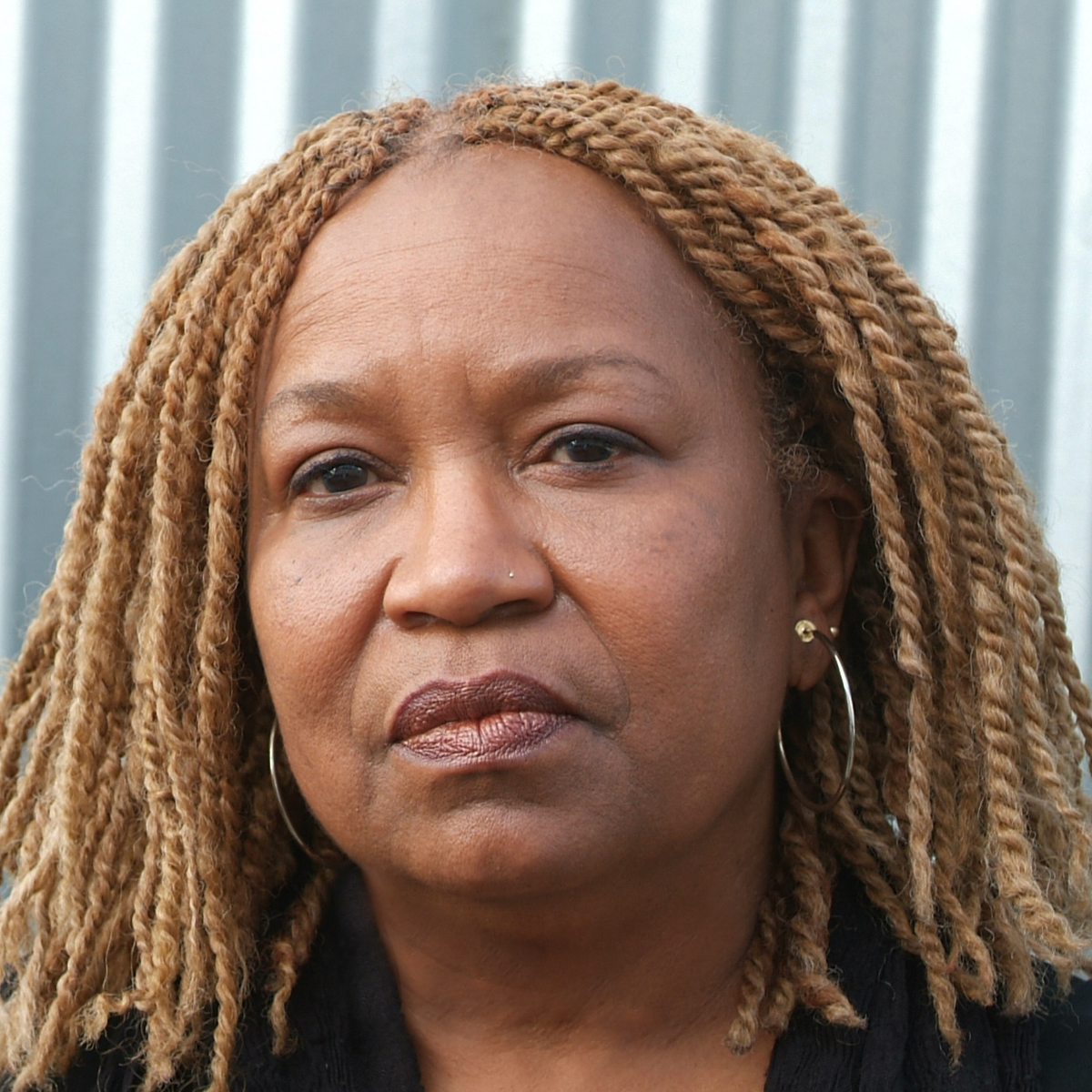 Born in New Orleans, Barbara McCullough spent most of her life in the Los Angeles area. Before documentaries, experimental film and video were her first love. McCullough sees herself as a part of the continuum of African American storytellers whose aim is to preserve knowledge by capturing the essence of her culture through film/video. Her projects include Water Ritual #1: An Urban Rite of Purification, Shopping Bag Spirits and Freeway Fetishes: Reflection on Ritual Space, Fragments, and The World Saxophone Quartet. Her most recent project, HORACE TAPSCOTT: MUSICAL GRIOT is a documentary on musical genius, community activist jazz musician, Horace Tapscott. A partial screening list of her projects includes Rennes Biennale, Tate Modern, British Film Institute, Irish Film Institute, Brooklyn Museum, Brooklyn Academy of Music, Whitney Museum. MOCA-Filmforum, California African American Museum, Pan African Film Festival, New Orleans Film Festival, Essay Film Festival plus other national and international museums, galleries, and film festivals. A National Film Preservation Foundation: Avant-Garde Masters Grant was awarded for Water Ritual #1: An Urban Rite of Purification. McCullough received a BA and MFA from UCLA and is a 24-year veteran of the visual effects industry. Before returning to Los Angeles, she was Chair of the Visual Effects Department at the Savannah College of Art and Design (SCAD). Currently, she is developing an installation, Horace’s Garage. 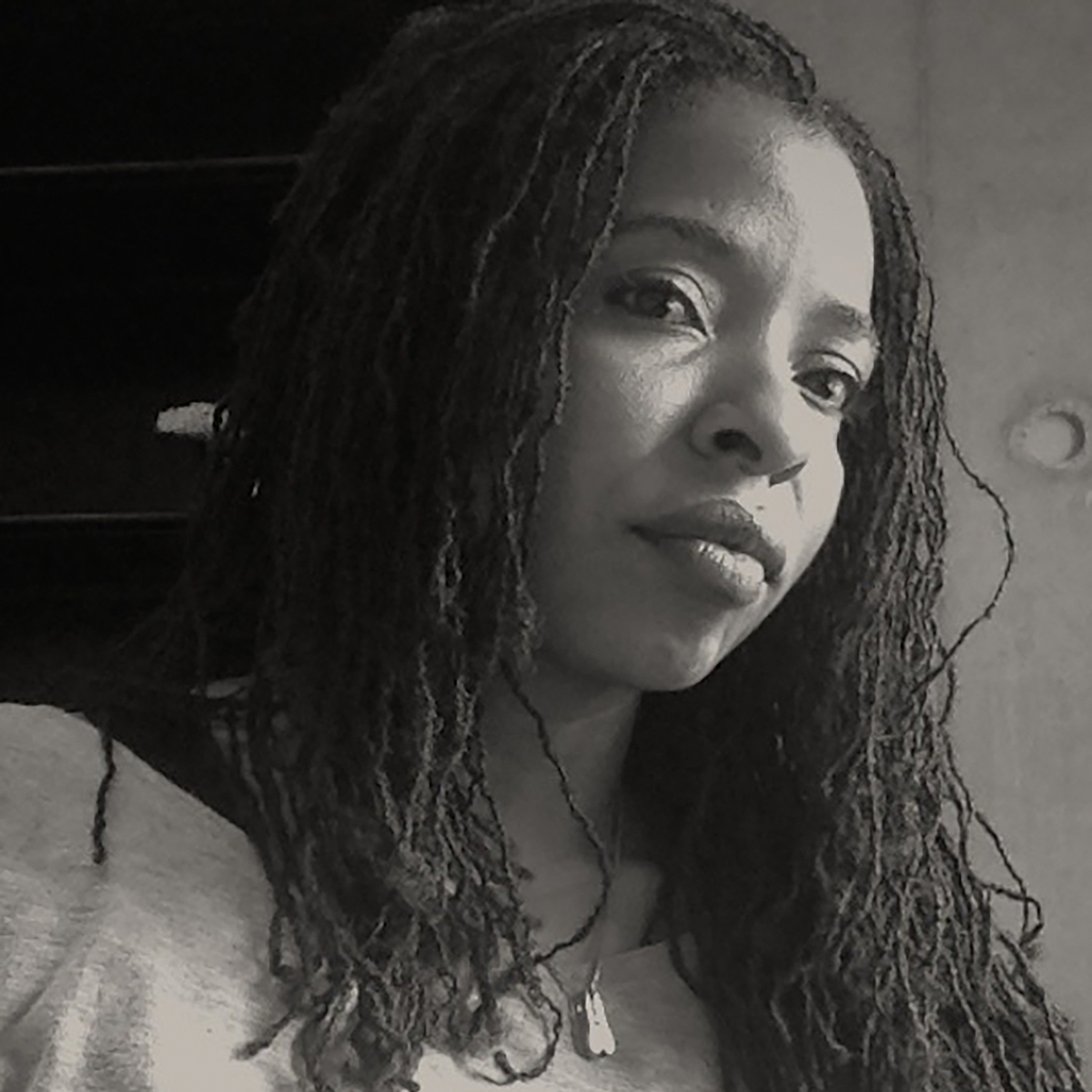 An award-winning filmmaker, her works have been curated, shown in festivals, and commissioned for staged theatre. Her narrative shorts have screened at Sundance, Blackstar, American Black, Pan African, Los Angeles Asian Pacific, and Urbanworld Film Festivals to name a few. As a writer, Desha explores magical realism in her feature-length and television screenplays. Her screenwriting has found support at Tribeca All Access, Film Independent, and Hedgebrook.

Most recently, Desha’s short film Covered won the Best Inspirational Film at the 2017 International Black Film Festival. In Covered, a married, Muslim woman in crisis becomes obsessed with ‘what’ is buried in her disheveled backyard only to discover that it’s not ‘what’, but ‘who’. At her breaking point, she and her husband dig it all up before day breaks.

Her short film Xin, written by and starring Tina Huang was nominated for the jury award, Best Short Narrative at the 2018 Blackstar Film Festival. Xin (“heart”, in Mandarin) is the story of a woman haunted by the ghost of her mother after having been her caregiver and watching her succumb to Atypical Parkinson’s Disease. With the help of her therapist, she tries to gain clarity on the nature of the hauntings.

Desha is a faculty member in The Department of Film & Media Studies at the University of California, Irvine. She is excited about innovative approaches to visual storytelling and the sharing of rich human stories. Desha lives in the Los Angeles area with her husband and two children. 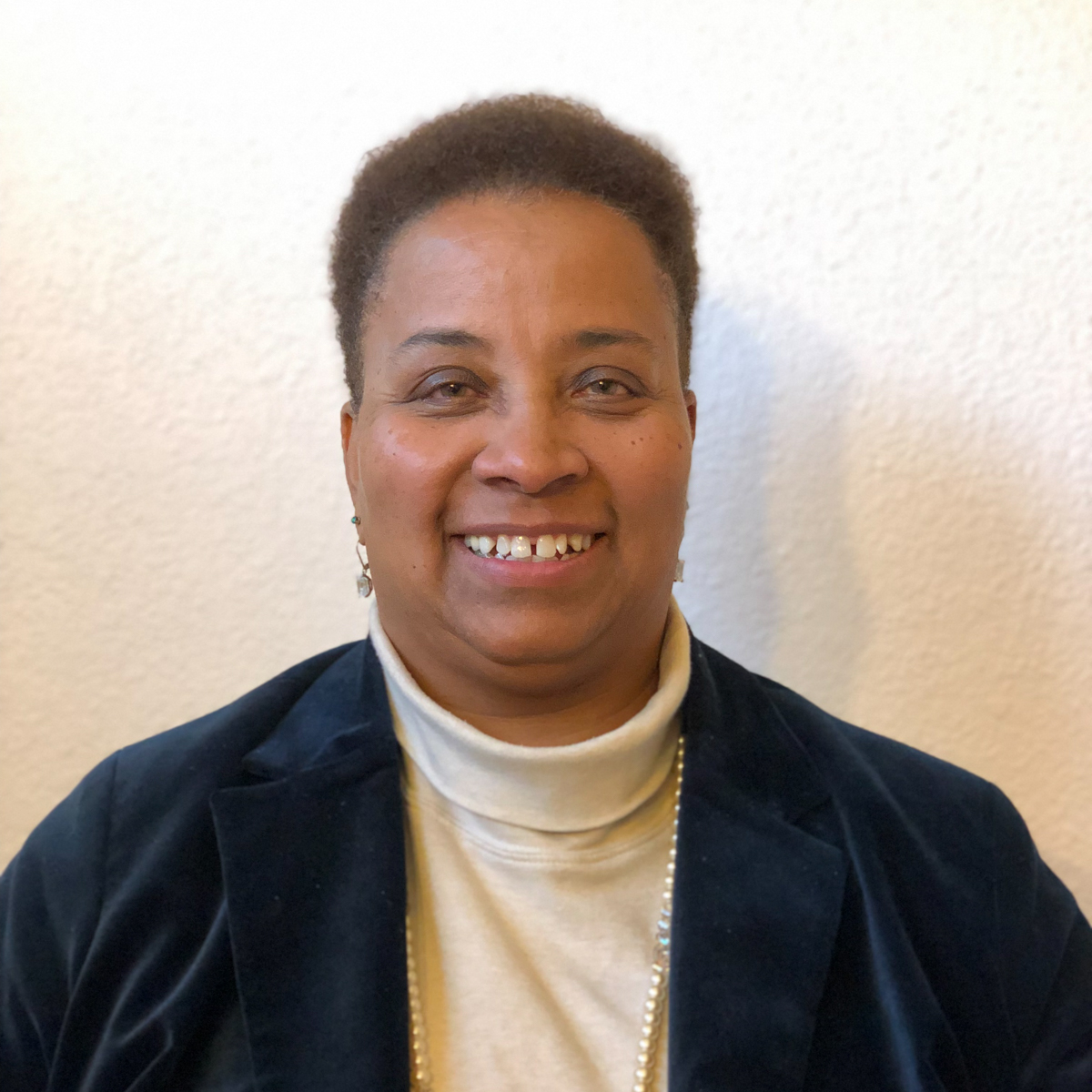 Zeinabu irene Davis is an independent filmmaker and Professor of Communication at the University of California, San Diego. She is comfortable working in narrative, experimental, and documentary genres. Her work is passionately concerned with the depiction of women of African descent. A selection of her award-winning works includes a short drama about a young enslaved girl, Mother of the River (1996); a love story set in Afro-Ohio, A Powerful Thang (1991); and the feature documentary, Spirits of Rebellion (2016).

Her dramatic feature film entitled Compensation (1999) features two inter-related love stories that offer a view of Black Deaf culture. The film was selected for the Dramatic Competition at the 2000 Sundance Film Festival and was the winner of the Gordon Parks Award for Directing from the Independent Feature Project in 1999. Compensation garnered a two-year broadcast run on the Sundance and BlackStarz! Cable Channels. Compensation was recently featured in the Black Intimacy Film Series at MOMA in October 2017.

Her most recent release, a feature documentary work, Spirits of Rebellion: Black Cinema from UCLA has won seven awards including the prestigious “African Oscar” for Best Diaspora Feature Documentary from the African Movie Academy Awards in Nigeria and the San Diego Film Awards for Best Feature Documentary.

Zeinabu irene Davis holds an undergraduate degree from Brown University, an MA in African Studies, and an MFA from UCLA. Ms. Davis has received numerous grants and fellowships from such sources as the National Black Programming Consortium, Rockefeller Foundation, the American Film Institute, and the National Endowment for the Arts. Her works are distributed by Women Make Movies, Third World Newsreel, and Cinema Guild.