Founded in 2014 by the artist Mark Bradford, the philanthropist Eileen Harris Norton, and the social activist Allan DiCastro, Art + Practice launched its residency program by inviting three Los Angeles-based artists to participate in 14-month residencies. The artists were offered access to on-site studios and the opportunity to interact with the community through public programs such as artist talks and open studios. For its first year, the residency program hosted two artists (Brown and Rodriguez) with traditional studio practices, providing facilities and materials to support an ongoing archiving project for the Brockman Gallery and Brockman Productions, an art gallery and curatorial office founded by brothers Alonzo and Dale Brockman Davis in Leimert Park in 1967.

Although they work in different mediums and with varying materials, the three residents share a commitment to investigating questions of history, presence, and absence. Sandy Rodriguez, a lifelong resident of Los Angeles, paints the landscapes of cities experiencing social and economic change. Working in series, she connects individual paintings by repeating a natural or human-made element in each canvas. On view are selections from two series, Tear Gas and Fog, that capture the night sky with different intentions. The Fog paintings depict the diffuse glow of the street lamps, car headlights, and iconic neon signs ubiquitous in Los Angeles. While each work suggests the presence of humans amid an urban landscape, Rodriguez is more interested in creating atmosphere, allowing that which would ordinarily go unnoticed through the fog to take prominence. Considerably more ominous, the works in the Tear Gas series share similar formal elements with the Fog paintings but are inspired by recent incidents of civil unrest in urban centers such as Ferguson, Missouri. The iconic images of police tactics such as the deployment of tear gas against citizen protestors are preserved alongside those from other historic civil rights struggles in public memory.

Taking on another form of history, Aalia Brown investigates perceived absences in art history. The artist recycles the stylistic tropes of modernism, specifically the visual austerity of Minimalism. But rather than use industrial-grade building materials such as steel, glass, or concrete, she deliberately uses low-grade commercial products such as compressed plywood, Styrofoam, or cardboard. Her chosen materials share a quality of instability and are unlikely to withstand the test of time — whether real time or art history as it continues to be written. Brown also reacts against the appropriation of certain bodies and histories by artists, including those of women and people of color. For instance, she reimagines the French artist Yves Klein’s Anthropometry performances from the early 1960s, when the artist used nude female models as paintbrushes to realize his paintings. Troubled by the use of the female body as a mere prop, she reduces the image of two female nudes even further by obscuring their faces, similar to the practice of photographing or filming individuals in shadow when it is necessary to protect their identities — and potentially their futures.

Spearheaded by the artist and educator Dale Davis while in residence at Art + Practice, the Brockman Archive project is in the process of preserving more than 20 years’ worth of ephemera, publications, correspondence, and records from the Brockman Gallery — housed at 4334 Degnan Boulevard, a storefront now occupied by Art + Practice — between 1967 and 1989. The gallery worked with and exhibited many important Los Angeles and national artists early in their careers, including Betye Saar, Noah Purifoy, John Outterbridge, and David Hammons. The brothers Davis also organized public programs, including an annual film festival and concerts, and curated exhibitions at (or served as advisers to) other galleries and institutions including the Los Angeles County Museum of Art and The Studio Museum in Harlem. Lending support to predominantly African American visual artists in an era when major visibility or opportunities for these artists were rare, the Brockman Gallery played a significant role in supporting and documenting the contributions of black American artists in Los Angeles and beyond, playing a vital part in the city’s history.

In the tradition of other spaces founded and run by artists, Art + Practice is dedicated to imagining a new model for how contemporary art functions in our communities. The three artists included in this year’s residency exhibition extend this notion to explore how communities themselves can influence the ways in which art is produced, whether through incorporating images that document change and progress, questioning the contexts of cultural and physical representation so as not to repeat history’s mistakes, or archiving materials from a community’s past in order to benefit future generations. 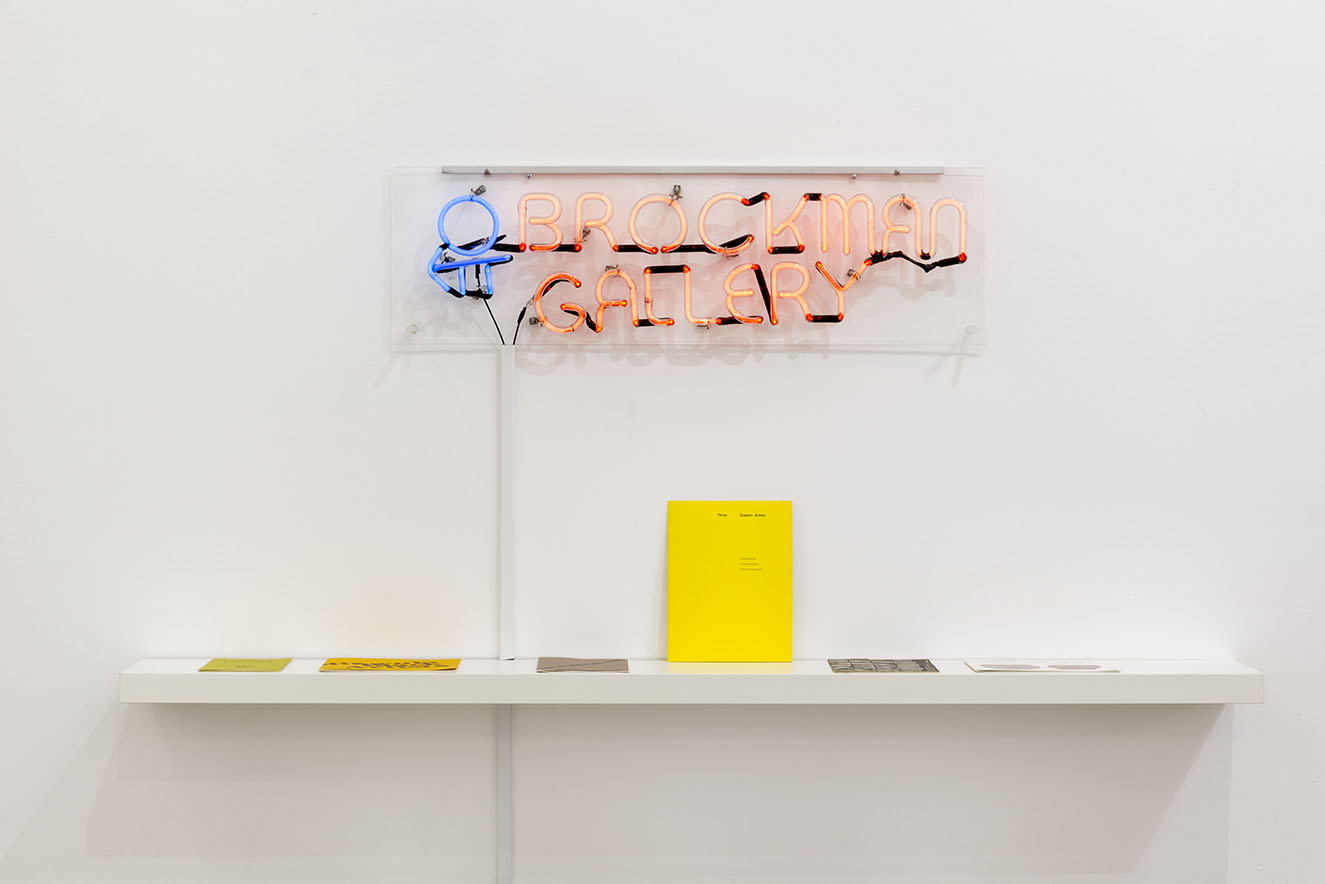 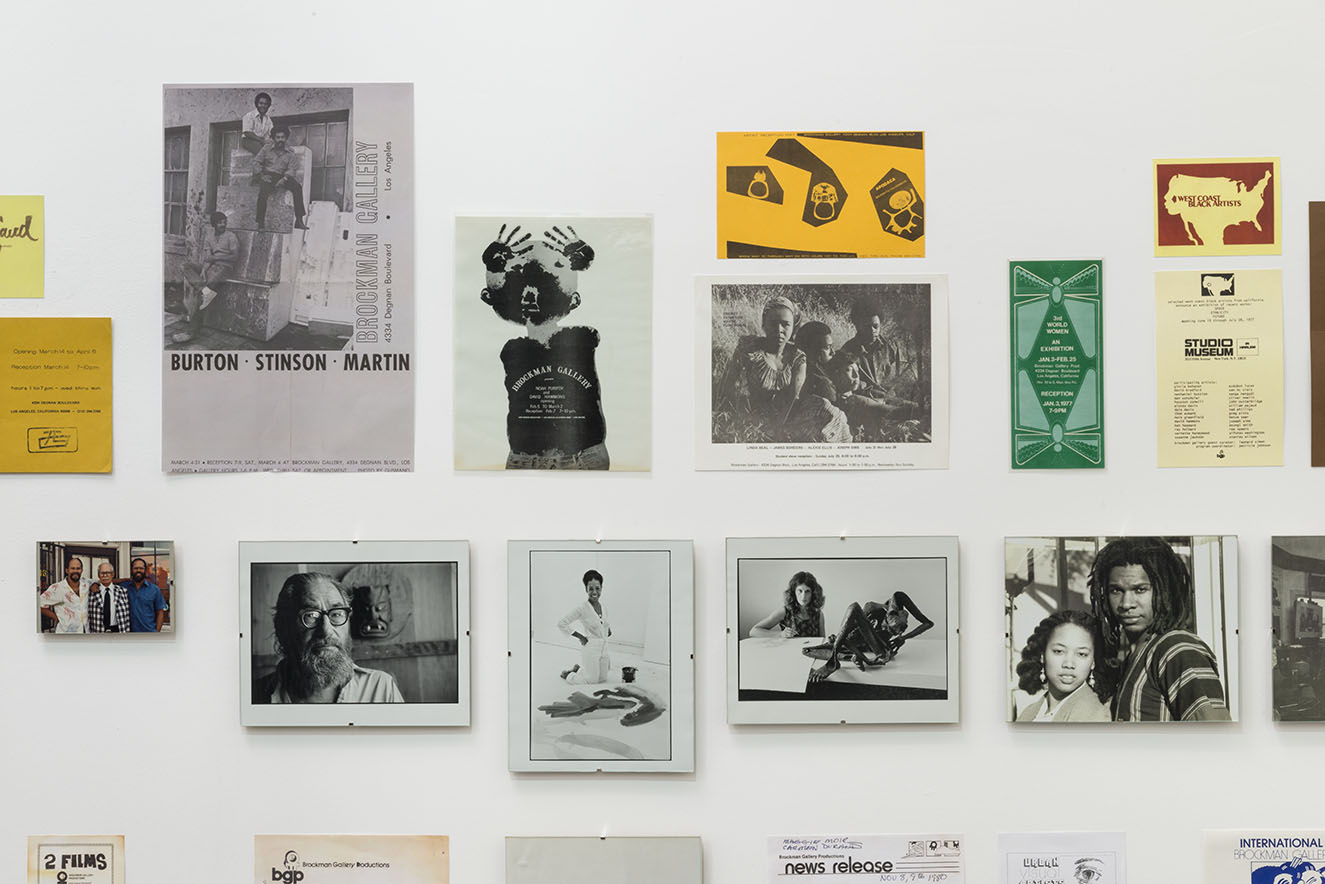 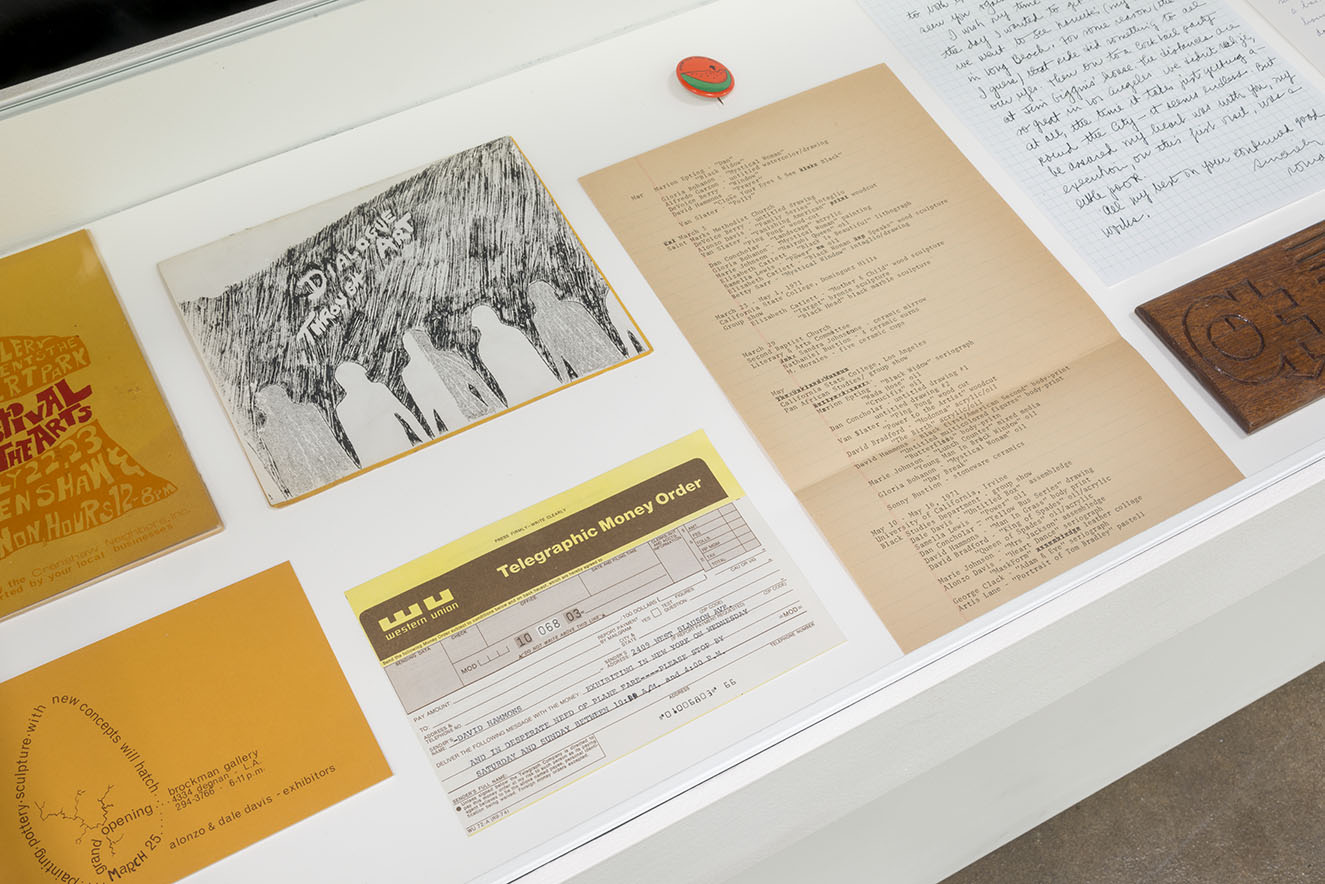 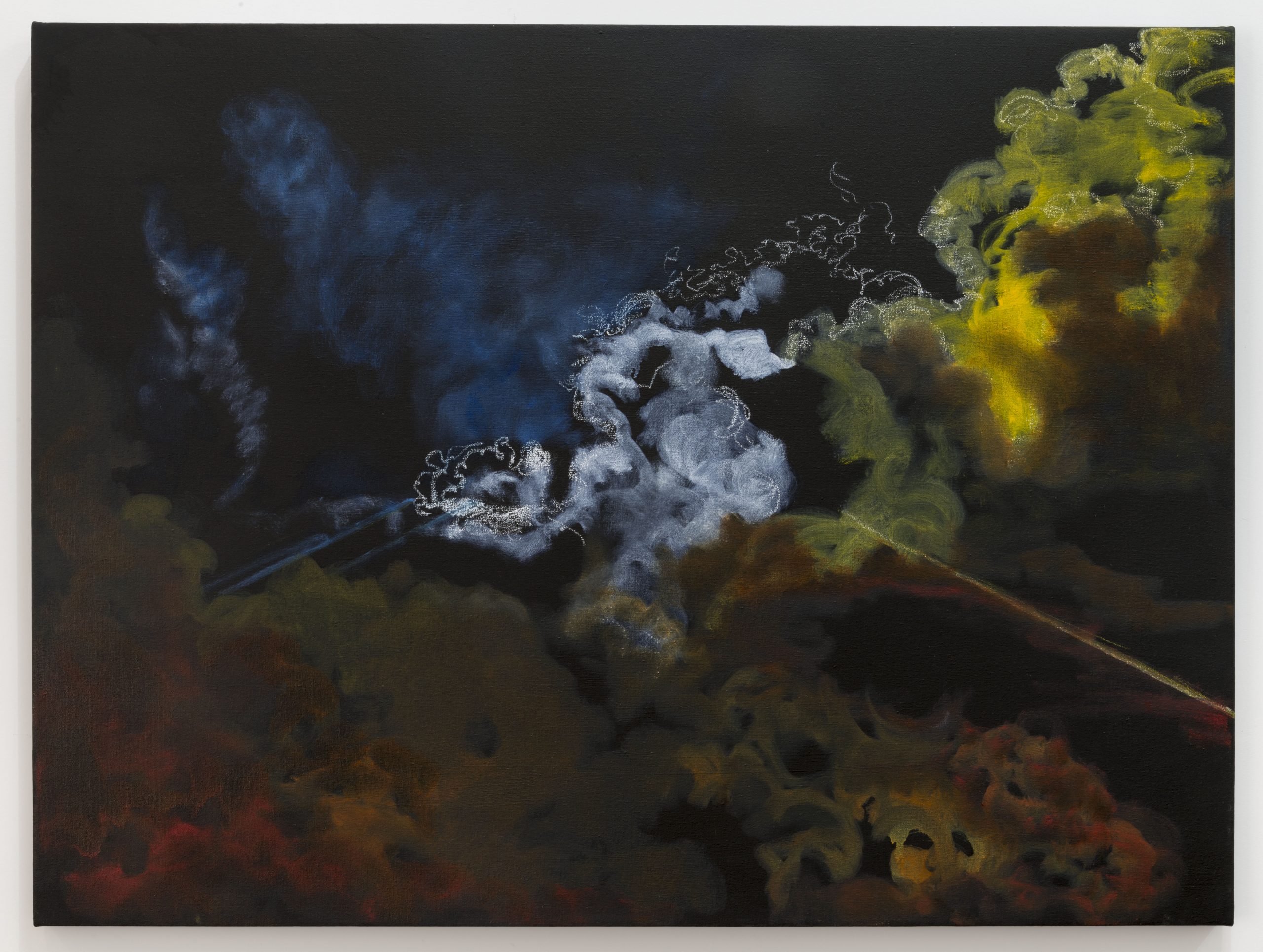 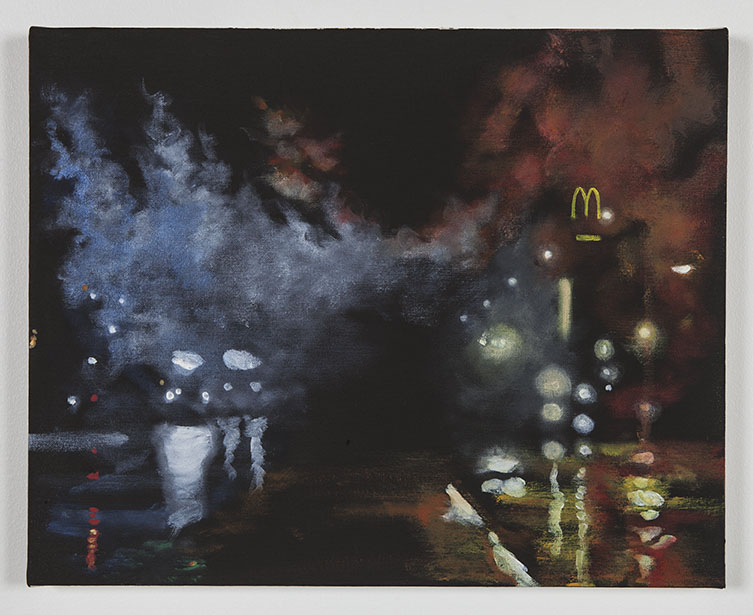 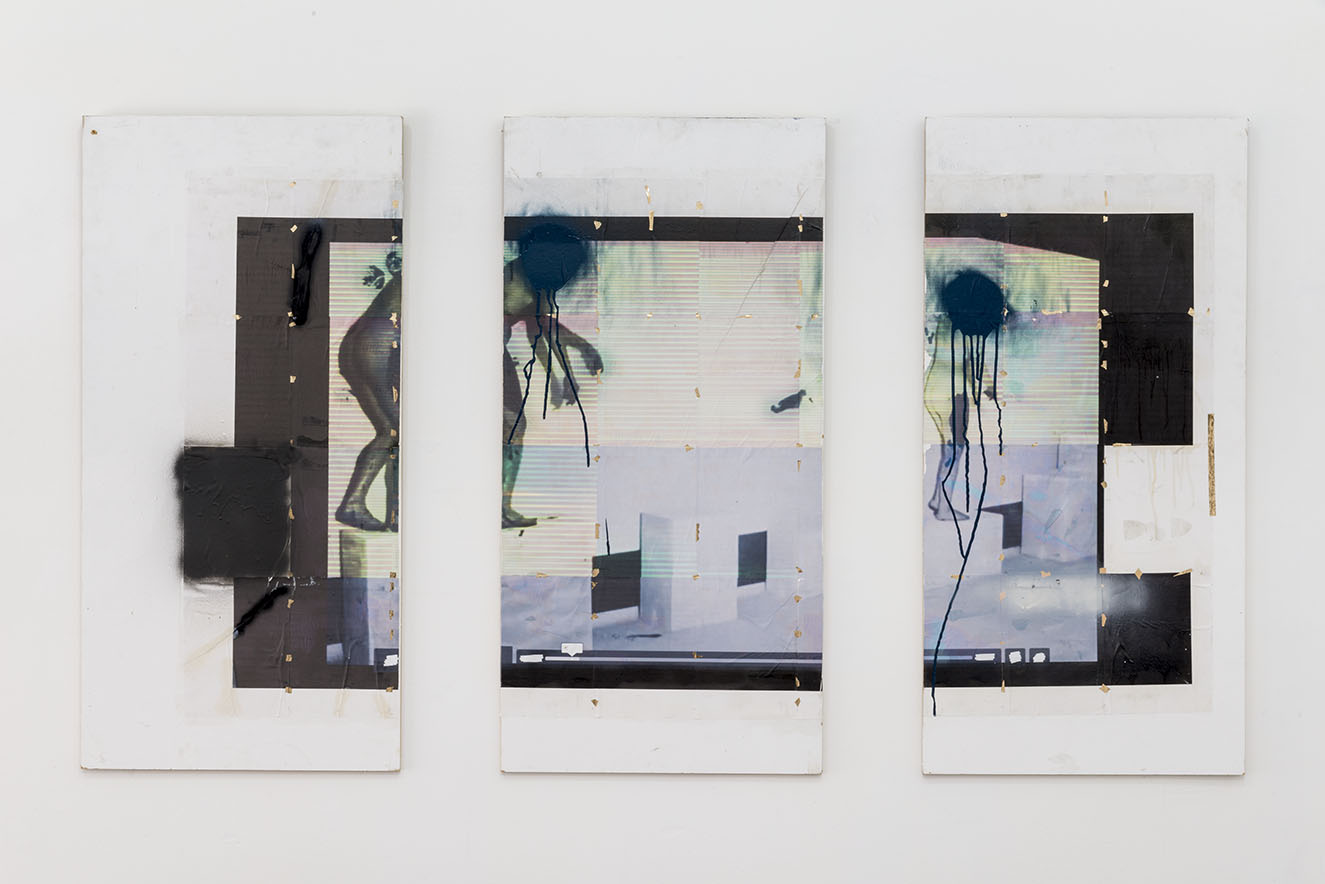