The first in the series of artist in residence public talks at Art + Practice includes Dale Brockman Davis and Alonzo Davis, the founders and proprietors of Leimert Park’s Brockman Gallery and Brockman Productions, which exhibited celebrated artists such as David Hammons, Senga Nengudi, and Charles White early in their careers. While in residence at A+P, Brockman Davis will archive the records and ephemera of the Brockman Gallery and Brockman Productions, a process that began during the research for the 2011 Hammer exhibition Now Dig This: Black Art and Los Angeles 1960–1980, and will culminate in a living, digital archive and exhibition. This public program will examine the challenges of archiving and locating materials related to a particular history, the implications of such undertakings for art historical scholarship, and how this initiative can impact and serve a larger community. 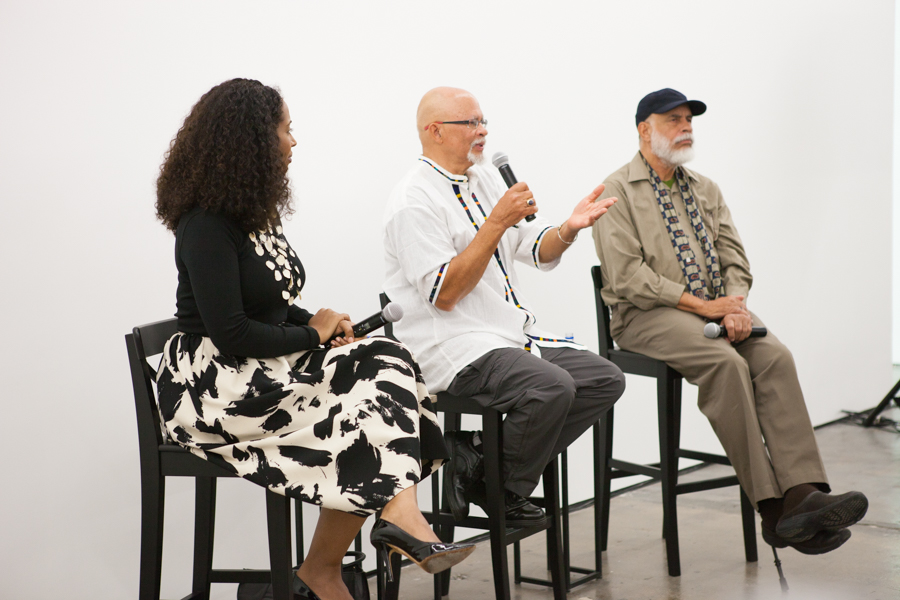 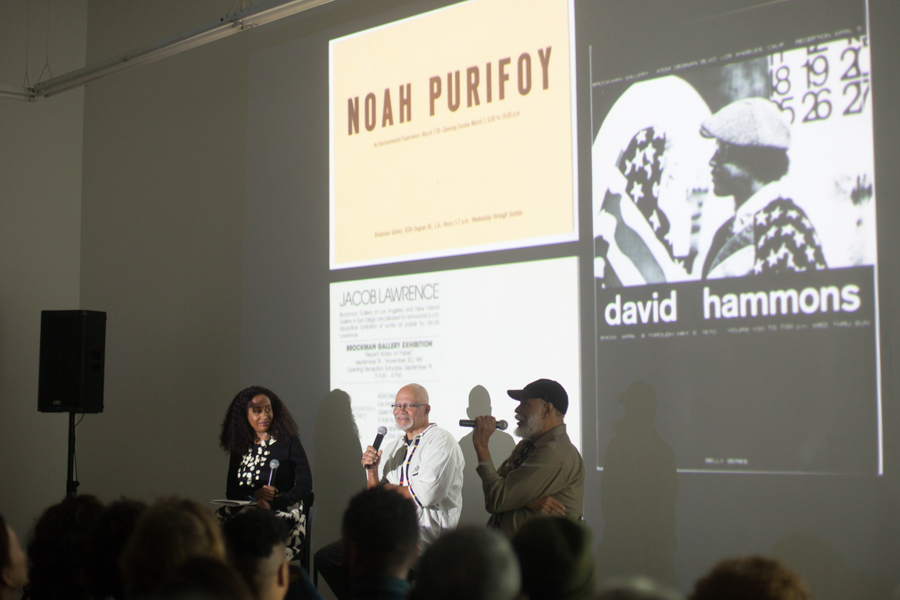 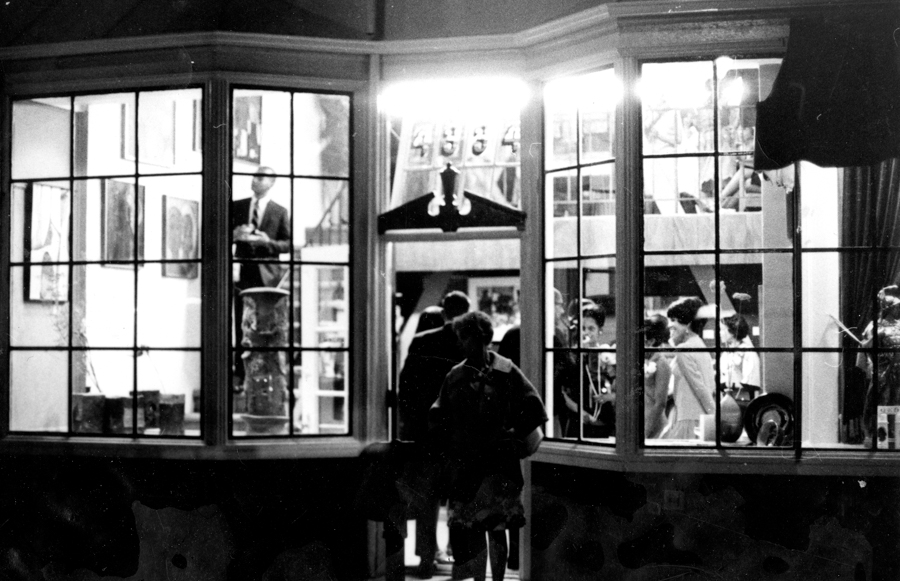 The original archway that hung over the door of Brockman Gallery on Degnan Boulevard in Leimert Park, Los Angeles. December 5, 2014. Photo by Sean Shim-Boyle. 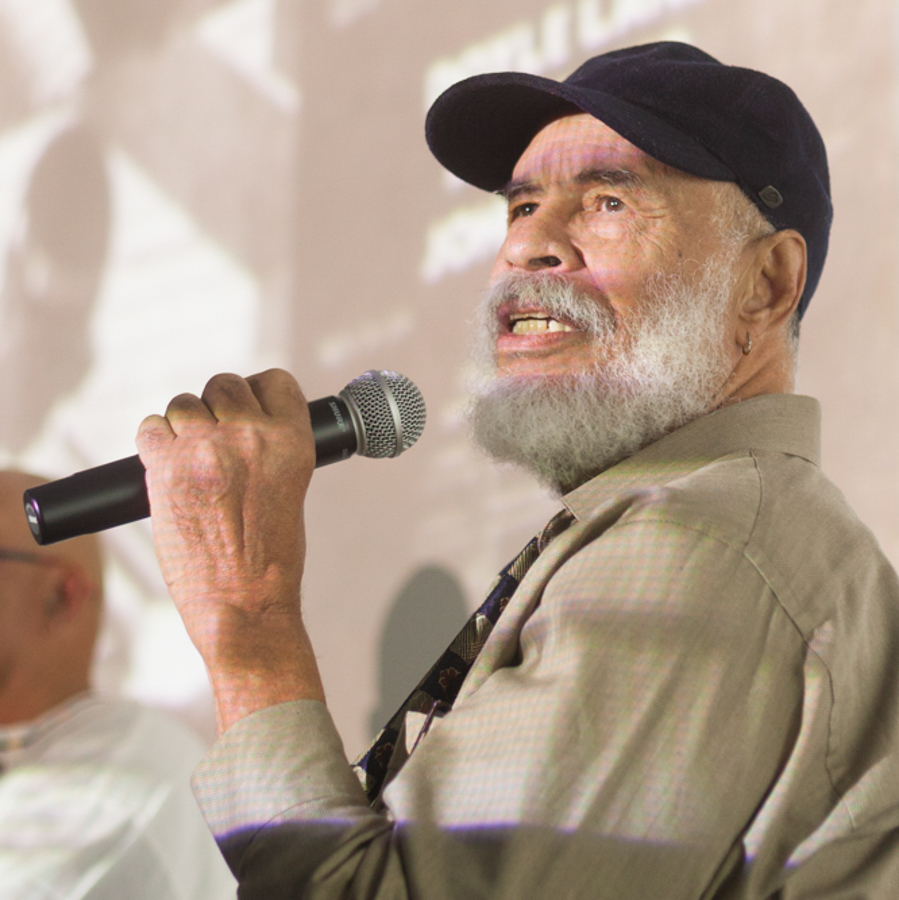 Alonzo J. Davis’ career as an artist spans four decades. A native of Tuskegee, Alabama, Davis moved with his family to Los Angeles in his early teens. After acquiring an undergraduate degree at Pepperdine College he earned an MFA in Design at Otis Art Institute. Influenced early on by the assemblagists, Davis soon took wing and began to experiment with a variety of mediums, techniques, and themes. Inspired by travel to Africa, the Caribbean and the American Southwest-the colors and patterns of Pacific Rim cultures also seeped into Davis’ artwork. During the ’70s and early ’80s, his involvement in the California mural movement culminated with the 1984 Olympic Murals project.

Davis entered new territory literally and figuratively when he moved from Los Angeles to Sacramento, California in ‘87. Fellowships in Hawaii and Texas inaugurated new bodies of work and led to job opportunities in academia–deanships at the San Antonio Art Institute and the Memphis College of Art. During this period his on-going Blanket Series of woven paintings-morphed into a series of installations: Christopher Columbus Did Not Discover America which incorporated light elements, rocks and arrows, and the Tar Paper Series, richly-textured organic forms that Davis “choreographed” onto large walls. These works signaled a transition from 2-D to 3-D and commissions to create public art for the Boston Subway, Atlanta International Airport, a shopping mall, and a new main library in Tennessee.

A resident of Maryland for the past 10 years, Davis’ works out of his studio at Montpelier Arts Center in Laurel. He continues to create for the public art sphere. 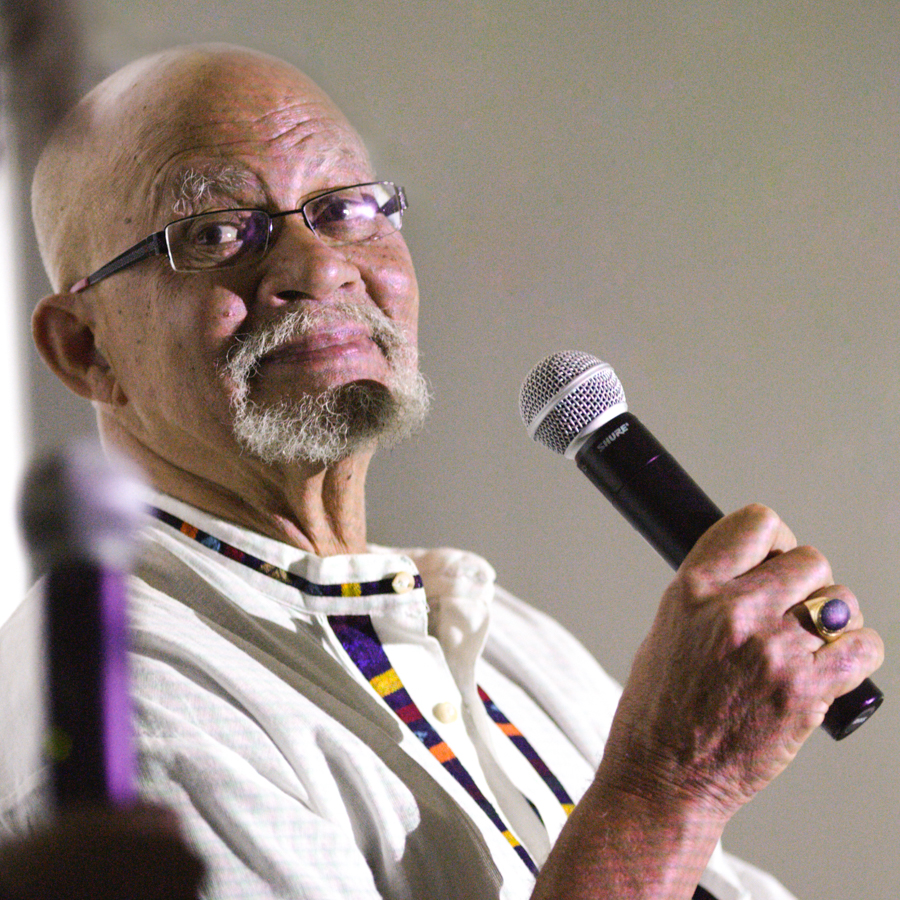 Multidisciplinary artist Dale Brockman Davis is an artist, teacher, community arts activist, and curator. Co-founder with his brother, Alonzo Brockman Davis, of the Brockman Gallery, a Leimert Park institution, Davis creates multimedia artworks that center upon the use of color, texture, and form to capture histories of the past.

Davis has shown his work in numerous exhibitions, galleries, and contemporary art forums, including the Hammer Museum, Roberts & Tilton Gallery, the San Luis Obispo Museum of Art, the Watts Towers Art Center, and the California African American Museum. In 1997, Davis received acknowledgment for his cultural contributions to the community by the California State Senate. More recently, he was awarded for outstanding cultural contributions by two Los Angeles city officials: Mayor Antonio Villaraigosa in 2009 and Council Member Bernard Parks in 2012. 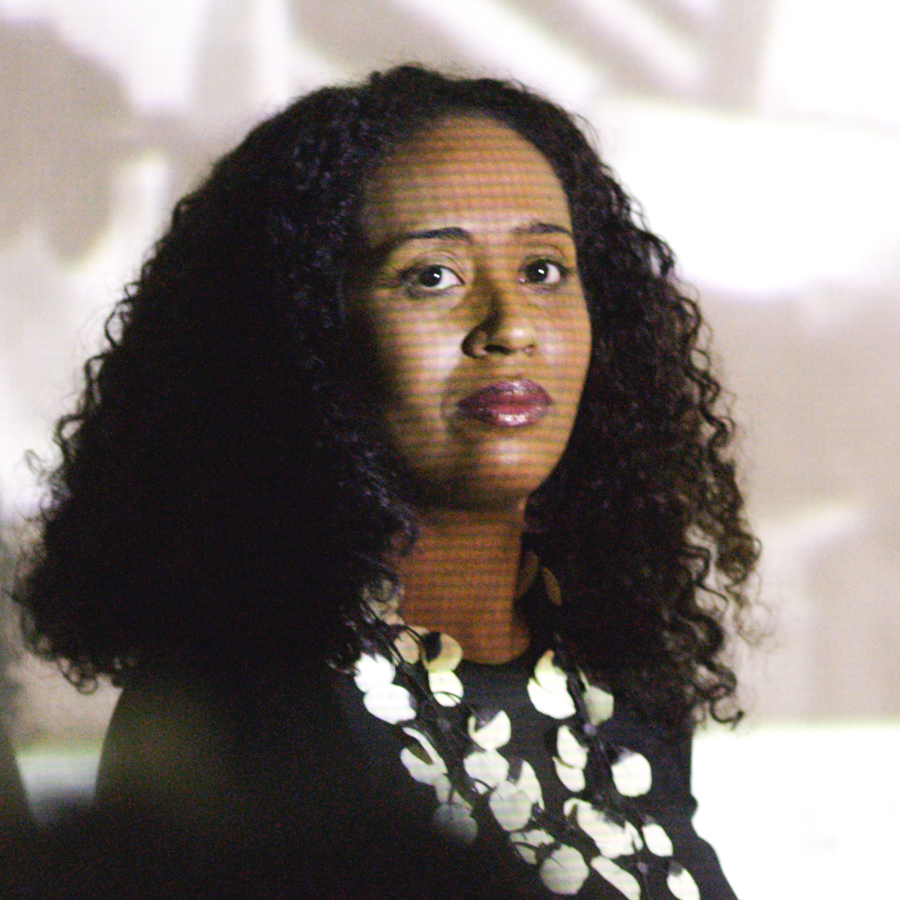 Her historical survey, Charles Gaines: Gridwork 1974 – 1989 (2014), traveled to the Hammer Museum in Los Angeles, CA spring 2015 and was nominated for a “Best Monographic Museum Show in New York” award by the International Association of Art Critics (AICA-USA). From 2008 – 2011, she worked at the Hammer Museum and helped organize Now Dig This! Art and Black Los Angeles 1960-1980 (2011) with guest curator Kellie Jones. Keith received a BA from Spelman College and an MA in art history at the University of California, Los Angeles. She has lectured widely, including presentations at the Zoma Contemporary Art Center, Addis Ababa, Ethiopia; The Sterling And Francine Clark Art Institute, Williamstown, MA; The Museum of Modern Art, New York, NY; and Brooklyn Museum, New York, NY. Her essays have been featured in publications for The Studio Museum in Harlem, Hammer Museum, LAXART, Pomona College of Art, MoMA PS1 and NKA: Journal of Contemporary African Art. Keith has also taught at Loyola Marymount University, University of California, Los Angeles, University of California, Santa Barbara, and the University of Missouri. She recently organized her final exhibition at the Studio Museum, Rodney McMillian: Views of Main Street, in spring 2016. Accompanying the exhibition will be a full-color scholarly publication titled Rodney McMillian, co-edited by Naima J. Keith and Anthony Elms, Chief Curator at the Institute of Contemporary Art, Philadelphia.

KCET – The Brockman Gallery and the Village