In their respective works, painter Njideka Akunyili Crosby and filmmaker and video artist Akosua Adoma Owusu explore their experiences as African artists living and work in the United States. Akunyili Crosby creates complex, large-scale, mixed media works that incorporate references to her Nigerian heritage through images and textiles, while considering the social and personal effects of living abroad. Owusu uses an experimental, cinematic language to visualize what she has termed “triple consciousness,” an adaptation of sociologist W.E.B. Du Bois’s conception of black American identity after emancipation, extended to the experience of African expatriates. On the occasion of their exhibitions, Njideka Akunyili Crosby: The Beautyful Ones and Two Films by Akosua Adoma Owusu, the artists will reflect on their own and each other’s work, in conversation with Jamillah James, assistant curator at the Hammer Museum, and organizer of their exhibitions at Art + Practice. 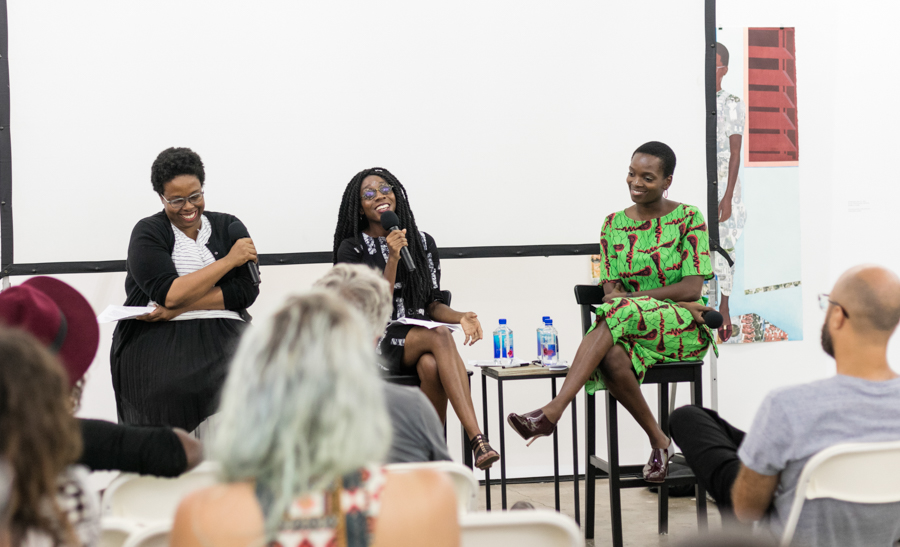 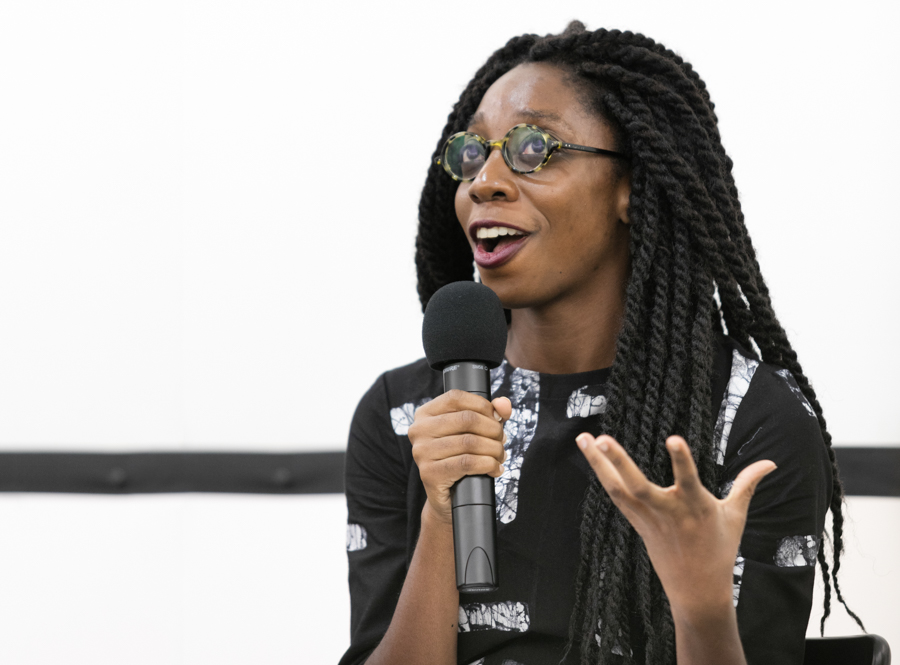 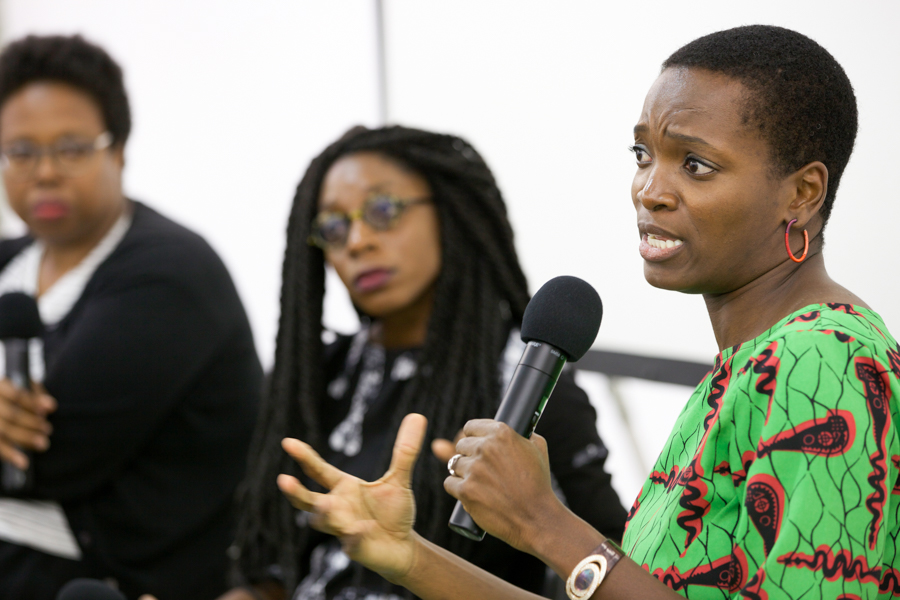 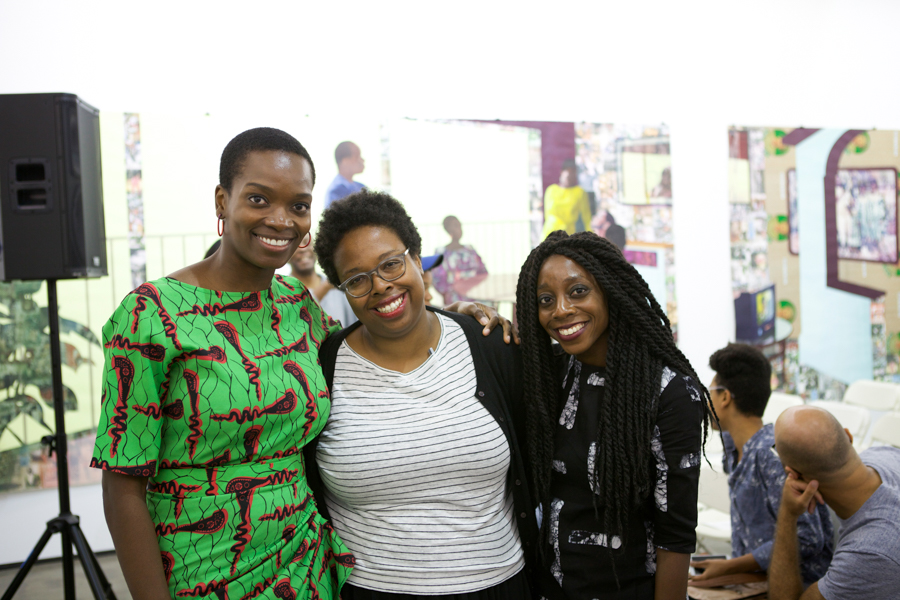 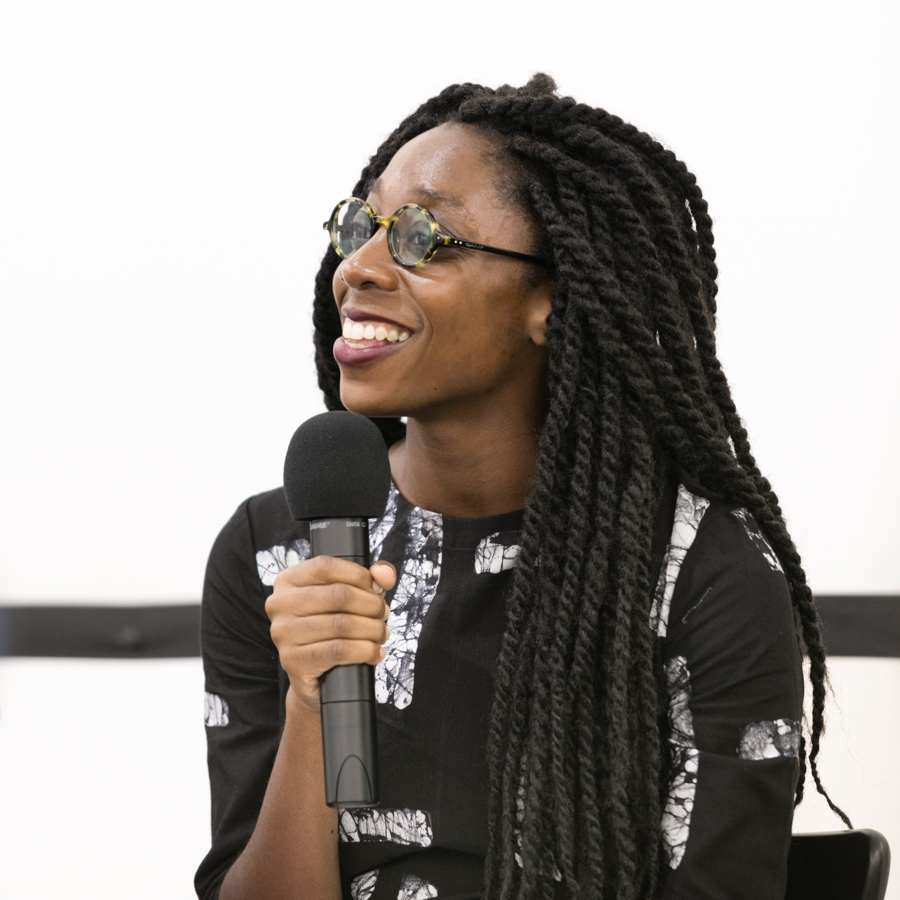 Akosua Adoma Owusu (b. 1984, Alexandria, VA) is a filmmaker with Ghanaian parentage whose films have screened worldwide in prestigious film festivals, museums, galleries, universities and microcinemas since 2005, including at the Museum of Modern Art, New York; The Studio Museum in Harlem, New York; Centre Pompidou, Paris; and the London Film Festival, among others. She is a 2013 MacDowell Colony Fellow and a 2015 Guggenheim Fellow. Her company Obibini Pictures produced award winning films including Afronauts and Kwaku Ananse, which received the 2013 African Movie Academy Award for Best Short Film. Kwaku Ananse was nominated for the Golden Bear prize at the 2013 Berlinale, and included in the French Cesar Film Academy Golden Nights Panorama program. The film was supported by Focus Features Africa First, Art Matters, and The Sarah Jacobson Film Grant in 2012. She was a featured artist at the Robert Flaherty Film Seminar in 2010 and received the Africa First award sponsored by Focus Features in 2011. Owusu’s film Split Ends, I Feel Wonderful received the Tom Berman Award for Most Promising Filmmaker at the Ann Arbor Film Festival in 2013. Her most recent exhibitions include Prospect.3: Notes for Now in New Orleans, America Is Hard to See at the Whitney Museum of American Art in New York, and The Art of Hair in Africa at the Fowler Museum at UCLA in Los Angeles. Various museums and universities hold Owusu’s work for their research and permanent collections, including the Whitney Museum of American Art, the Fowler Museum, Yale University Film Study Center and Indiana University Bloomington, home of the Black Film Center/Archive. She holds an MFA in Film/Video and Fine Art from California Institute of the Arts and received her BA degree in Media Studies and Art (with distinction) from the University of Virginia, where she studied under the mentorship of prolific avant-garde filmmaker, Kevin Jerome Everson. She lives and works between Alexandria, Virginia and Accra, Ghana. 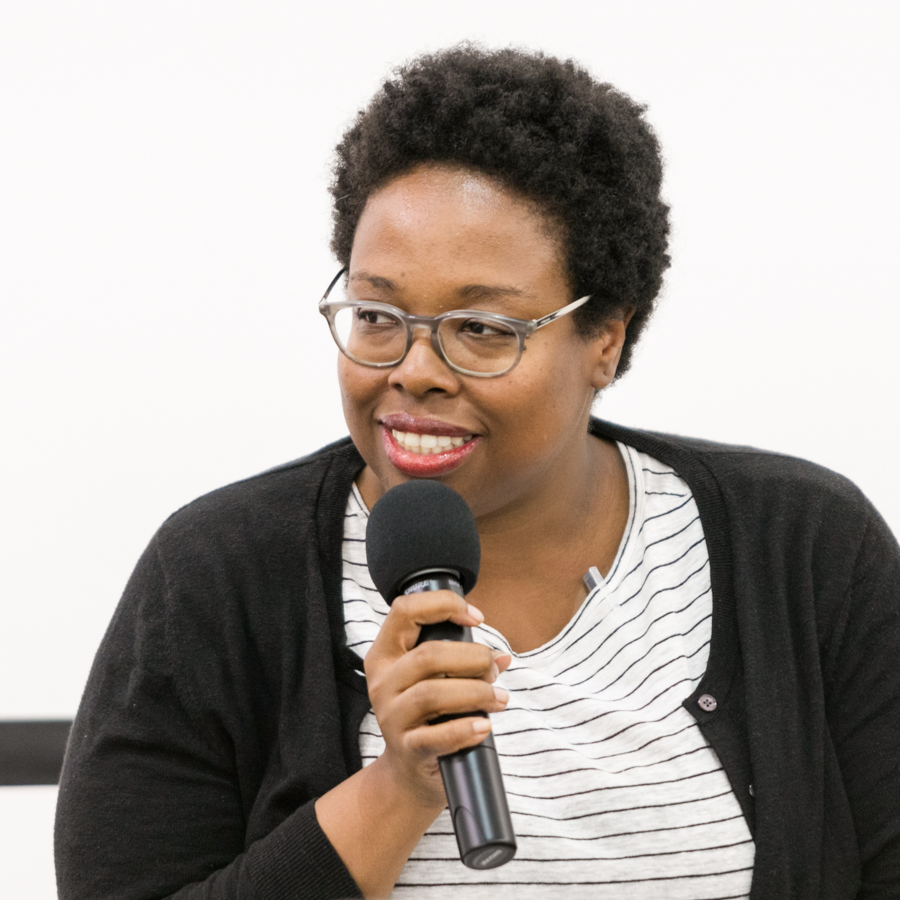 Previously, she held curatorial positions at The Studio Museum in Harlem; the Queens Museum, New York; and the Hyde Park Art Center, Chicago. Her writing has been featured in publications by the Hammer Museum, Los Angeles Nomadic Division (LAND), The Studio Museum in Harlem, and in the International Review of African American Art, among others. Since 2009, she has maintained the visual arts tumblr FRONTIERS, an index of ongoing research. She has been a visiting lecturer and critic at numerous art schools and other institutions throughout the country and taught seminars on curatorial practice and contemporary art at Art Center College of Design in Pasadena and the Rhode Island School of Design. 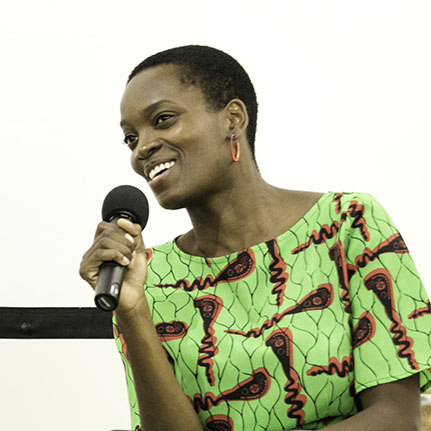